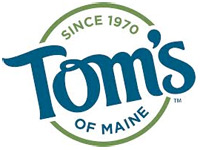 Recently, I went to a new speaker series sponsored by Envision Maine. The group is working to support the ‘next economy’ in Maine, driven by entrepreneurs and innovation.

The first speaker was Tom Chappell, of Tom’s of Maine. Tom’s of Maine is a great Maine brand. They have been able to capitalize on the Maine’s strong brand by promoting clean, natural personal care products.

The focus of Tom’s talk was about his company’s policies on giving back. Obviously, his natural products give back positively to the earth by being environmentally friendly. In addition, Tom’s of Maine’s employees give back directly to the community. All employees are encouraged to volunteer in their community and can work up to approximately 5% or two hours a week doing these projects. During that time, they still get paid their regular wages. Tom’s also gives monetarily to several different programs and charities.

Good is good for business

As a business owner it can be hard to wrap our heads around the idea of paying employees when they aren’t doing company work. Tom addressed that by ensuring us that the increased energy and productivity of his staff makes it worthwhile economically in addition to building goodwill. It can also help attract top talent and committed staff.

As a designer building out brand identities for others, I was particularly interested in one of the questions that was raised by an audience member. To paraphrase, the person asked Tom Chappell about how some companies seem to be just jumping on the green or volunteer or donation bandwagon without a lot of thought. Tom’s answer wasn’t what was important here. What was important was the fact that consumers can tell when a brand says they are “giving back” but that it is a just a thin veneer hiding a much different reputation.

A brand cannot expect for people to think of them as “the good guys” by making a token donation of time or money to a charity or a token gesture to make environmental improvements.

It’s unlikely that anyone is going to turn down your donation. However, your whole brand needs to fit with these actions if you wish for them to be an effective way to connect with consumers or prospects. It doesn’t have to a be a central part of your identity as it is with Tom’s, but it cannot be in conflict with your brand positioning if you expect it to be credible.